Water-Energy Nexus in the Arab Countries


Amongst the most important inter-dependencies in the Arab countries is the water-energy nexus, where all the socio-economic development sectors rely on the sustainable provision of these two resources. In addition to their central and strategic importance to the region, these two resources are strongly interrelated and becoming increasingly inextricably linked as the water scarcity in the region increases.

In the water value chain, energy is required in all segments; energy is used in almost every stage of the water cycle: extracting groundwater, feeding desalination plants with its raw sea/brackish waters and producing freshwater, pumping, conveying, and distributing freshwater, collecting wastewater and treatment and reuse.  In other words, without energy, mainly in the form of electricity, water availability, delivery systems, and human welfare will not function.

It is estimated that in most of the Arab countries, the water cycle demands at least 15% of national electricity consumption and it is continuously on the rise. On the other hand, though less in intensity, water is also needed for energy production through hydroelectric schemes (hydropower) and through desalination (Co-generation Power Desalting Plants (CPDP)), for electricity generation and for cooling purposes, and for energy exploration, production, refining and enhanced oil recovery processes, in addition to many other applications.
[…] 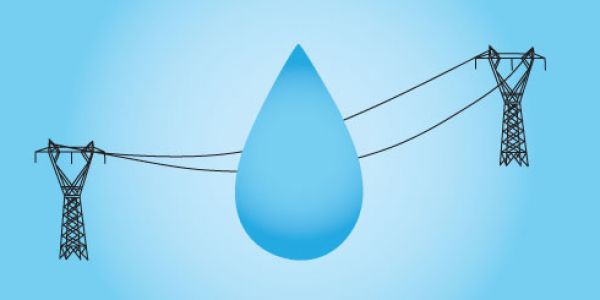