A third of all the food produced for human consumption is wasted every year around the world. That is roughly 1.3 billion tonnes of food according to the Food and Agriculture Organisation (FAO) of the UN, worth an estimated $2.3 trillion – enough to feed the 820 million hungry people four times over. The amount of food lost is so vast, that if food waste were a country, it would be the world’s third biggest source of greenhouse emissions, after the US and China.

Startups with innovative solutions have emerged across Mena to address local food system inefficiencies across the entire value chain where 32 per cent of food waste occurs at the consumer level, and up to 68 per cent occurs at earlier stages like production, distribution, and retail according to FAO.

From farm to fork

Tackling wastage at the farming stage is Jordan-based Decapolis, which uses data analysis and blockchain to help farmers produce fruit and vegetables compliant with global standards. Farmers in Jordan typically lose a lot of their crops due to high pesticide usage which can sometimes render them non-compliant for export requirements.

“We are working with 100 farmers in Jordan, we give them all the measurements and safety and quality parameters for the entire planting programme, including water, soil and seed,” says Abedalrhman Habashneh, founder of Decapolis. “We use our technology to generate data to decide the best times to plant seeds, to control pesticide and fertiliser usage. This helps to keep their yield positive and compliant with global standards.”

Country regulations, supermarket requirements and customer expectations typically lead to waste after the produce has grown. Fruit and vegetable deemed “imperfect” is wasted, sometimes due to their size or odd shape. There are several startups in the region who, using biotechnology, repurpose these crops to produce fuel or fertiliser, while composting is also becoming popular.

Consumer and cultural perceptions play a critical role in food waste overall. While public and regulatory strategies across the region are mainly focused on food loss initiatives that tackle produce loss at the farm and supply chain level, sustainable foodtech startups are dedicating their efforts to reimagine more sustainable consumer practices.

Gaining popularity across the Mena region is the segment focusing on redistributing excess or rescued food to achieve a more circular food economy and change consumer habits.

“People still don’t have the awareness about wasting food, it’s not common. There are still more than 30 per cent of people below the poverty line [in Egypt]”, says Menna Shahin, co-founder of TeKeya. “But we are so generous, we like to cook a lot, and serve. We’re so generous with food.”

Founded in 2019, TeKeya is a social enterprise that offers restaurants two options for the redistribution of their surplus food.

“If you are a food provider you can sell your imperfect, untouched, healthy food on our application for a 50 per cent discount to people,” says Shahin. “We also have the subscription model because sometimes restaurants want to donate their food instead of selling it. Through our application, we check which charities need this food and we provide it.” 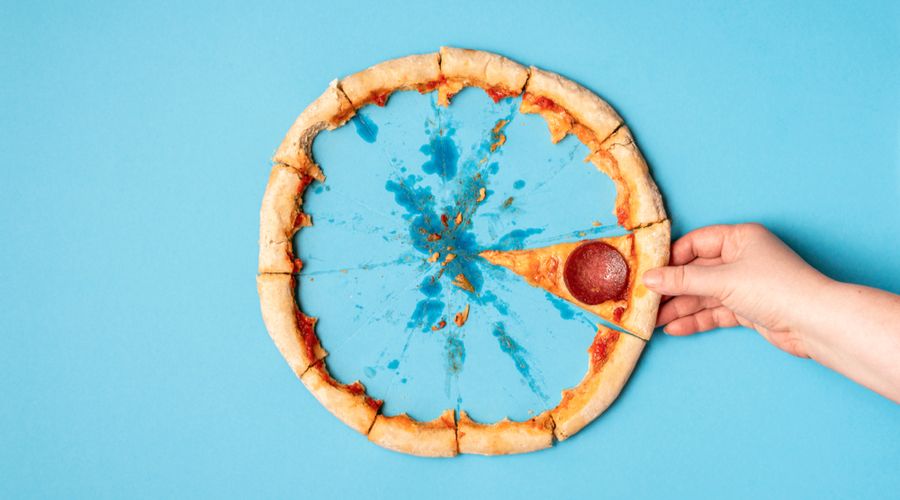