What is the problem we are addressing?

Today, water is considered a main strategic issue in most regions of the world, mainly due to its degradation in terms of quantity and/or quality, the ever-increasing demand, and the socio-economic/political challenges related to drought and water scarcity.

In this context, the Mediterranean region is often considered as a pioneering example of the acute tension around water resources: 180 million people live in countries with less than 1000 m3 /year per capita of renewable water resources, while 80 million are expected to have less than 500 m3/year by 2025. The overall water demand is increasing steadily, especially in the southern and eastern Mediterranean countries, while access to water for the poorest and/or most isolated populations remains limited.

The way water is managed can have profound economic, social and political implications. Limited water supplies may impact food sustainability, which directly depends on water availability. Furthermore, water, energy, and food security are closely interlinked in the region; water is needed to grow food, energy depends on water to generate power, and energy is also needed to extract and deliver water to users.

Access to these essential services is intimately linked and directly affects people’s lives. Lack of water may also lead to political conflicts, domestic and/or regional,  with countries fighting over scarce resources. It may also lead to movements of populations, which have no option but to flee from inhospitable environments. Overall, as discussed in Marseille, the interconnected challenges related to water management are the central issues during the 21st century in the context of climate variability in the Mediterranean.
[…] 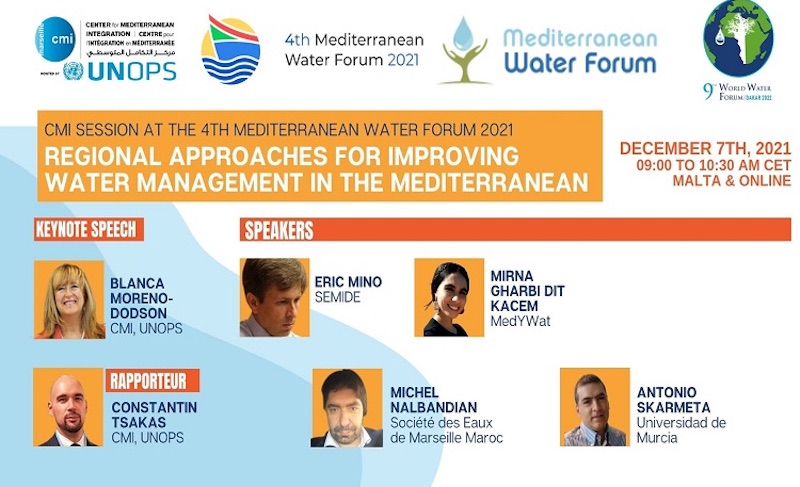