A new study from researchers at the universities of Lancaster and Reading in the UK has managed to quantify the economic boost provided by the symbiotic relationship between solar farms and honeybee hives.

Bees are extremely important, not just because my name starts with one, but also because they’re responsible for approximately 70% of the fruits, vegetables and nuts we humans consume daily. However, since the mid-2000s a species threatening “Colony Collapse Disorder” has seen commercial bee populations decimated.

For this reason, scientific researchers have been investigating novel land management practices and some of the most promising involve the symbiotic relationship between agriculture and PV. One such study, published in the journal Biological Conservation, examined the economic benefits of beehive integration with solar farms.

The symbiotic benefits of agrivoltaics are increasingly well documented, and many have suggested incorporating honeybee hives on solar parks as a symbiotic twofold solution to the problems of bee populations and expanded renewable energy capacity.
[…] 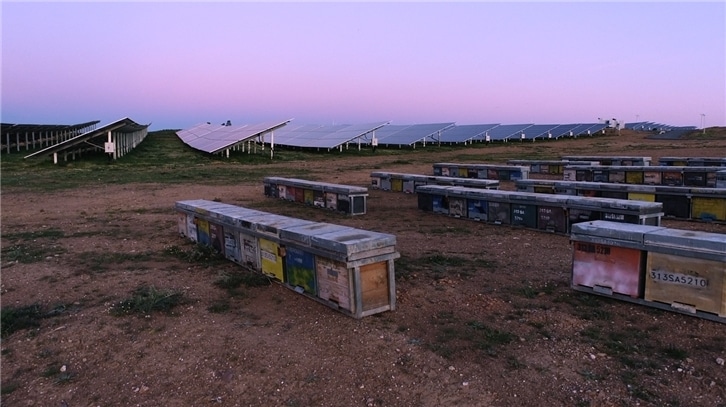