Report tables recommendations for decision makers in pursuit of Sustainable Development Goals and the Paris Agreement.

Abu Dhabi, UAE/Rome, Italy, 4 November 2021 – The production, distribution and consumption of food uses about a third of the world’s energy and is responsible for about a third of global greenhouse gas emissions, making its decoupling from fossil fuels a priority in the fight against climate change.

A new report launched today on the sidelines of the UN’s Climate Change Conference (COP26) in Glasgow explores the relationship between the world’s agri-food systems and renewable energy and argues that solutions are within our grasp.

Solar irrigation, for example, is being widely adopted to improve access to water, enabling multiple cropping cycles and increasing resilience to changing rainfall patterns. In India, the use of solar irrigation pumps has raised farmers’ incomes by at least 50 per cent compared to rain-fed irrigation; in Rwanda, smallholder farmers’ yields have grown by about a third.

The report, Renewable energy for agri-food systems – Towards the Sustainable Development Goals and the Paris agreement, is the result of a joint effort between the Food and Agriculture Organization (FAO) and the International Renewable Energy Agency (IRENA).
[…] 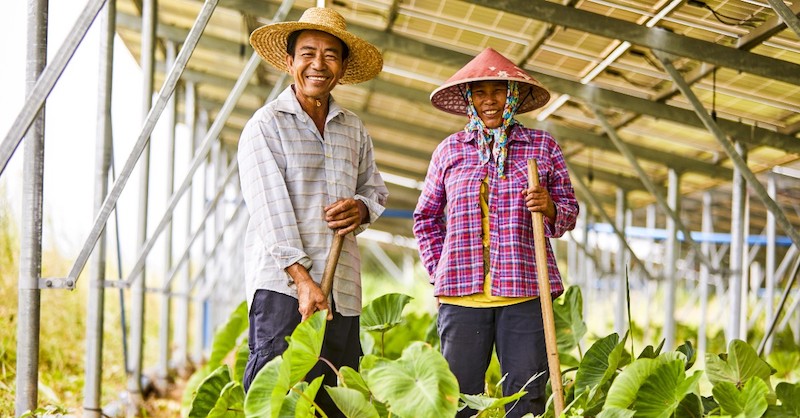 Trading into a Bright Energy Future: The Case for Open, High-Quality Solar Photovoltaic Markets
IRENA | Publications
FAO Director-General: The future of food belongs to the young people of today
FAO Newsroom
The importance of small business to the energy transition
REVOLVE magazine